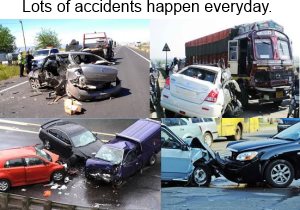 Cemal was a student. He had two brothers and two sisters. He was the oldest child of the family. His father, Osman, was a farmer. His mother was a cleaning lady. They lived in a small house in a village. Cemal went to the city everyday because his school was there. He went to the city by bus.  He paid 15 TL for the bus everyday. He paid 5 TL for lunch. So, his daily expenditure was 20 TL, which amounted to 400 TL a month. This was too much for his father. One day, he talked to him. “My son”, he said, “your school expenses are too much for me. I am only a farmer. You must stop going to school and start working.” (www.bebekce.gen.tr) Cemal said, “OK, dad. If it is necessary…” That was Cemal’s last day as a student. He stopped going to school and started working in a mechanic shop.

Ten years later, Cemal was a mechanic. He loved his job. He loved repairing cars because he loved cars.  He saved money to buy a car. One day he had enough money to buy a car. He was very happy. However, his father told him that he must get married because he was 25 years old. Cemal thought about it. Most of his friends had already got married. He thought his father was right. So, he spent the money on marriage expenses.

Next year he had a child. It was a boy. He named him after his father, Osman, because he loved and respected his father. The child grew up and began to go to school. He was a bright student. Cemal had more children, two girls and two more boys. They also grew up and went to school. One day, Cemal realized that he didn’t have enough money to send all his children to school. So, he talked to Osman, his oldest child, and told him what his father had told him many years ago.