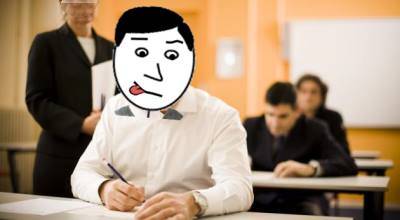 Cevat was a poor boy. He lived in an old house in a small town with his mother. One day his mother was very ill. He went to the doctor. He said, “Doctor, please come and help my mom. She is very ill.” The doctor looked at Cevat’s clothes. He saw that Cevat’s clothes and shoes were old and torn.  He understood that he was poor. He said, “I am sorry boy but I am too busy. I haven’t got time for you.” Then he left. (www.bebekce.gen.tr) Unfortunately, that was the only doctor in the town. So, Cevat went back home. He went into the kitchen. He cooked soup for his mother. Then he put it in a bowl and took it to his mother. She ate the soup. Then she was well, that is, she wasn’t ill any more. In the evening, she made tea. They drank tea and watched TV happily.

Three years later, Cevat took the university exam. He cheated in the exam and went to medicine faculty of Ankara University. His poor mother was happy and proud. She said, “My son is going to be a doctor” However, he wasn’t successful because he wasn’t a very clever boy.
He could not study medicine. So, he left the university and went back to his hometown. His mother was sad. She was also ashamed  because everybody in the town talked about Cevat. They said he was a stupid boy. 7 days later, the mother died of grief .

#1 Where did Cevat and his mother live?

#2 What did Cevat do when his mother was ill?

#3 The doctor didn’t want to help Cevat. Why not?

#4 Why were Cevat’s clothes and shoes were old and torn?

#6 How many doctors were there in the town?

#8 How did Cevat’s mother get well?

#9 How did Cevat go to the faculty of medicine?

#11 Why did Cevat leave the faculty of medicine? 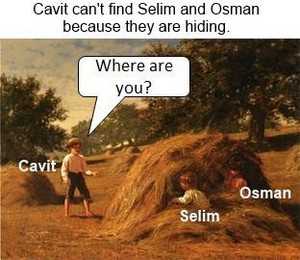